Home Guides What are NFTs and why do they have value? 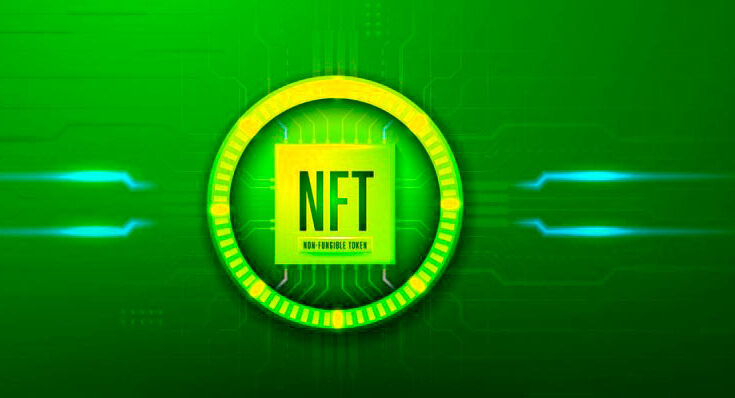 What are NFTs and why do they have value?

The crypto world operates with virtually no limits at all. While most people generally associate the word ‘crypto’ with money, the extents to which the technology reaches are far greater, where they now include what are known as NFT tokens. To understand more about this, we need to take a look at the revered blockchain technology, how it came to be and how it operates

The blockchain is best described as an intertwined network system meant for recording data and facilitating in its ongoing transmission. The system works by establishing a network, not from any central server point, but through connecting each and every device over the network. With this done, the transmission of data through the network can now comment, where each data item intended to be transmitted is broken into smaller packets, which are then duplicated and sent to each individual device on the network. With the link still established, the data is then put under continuous action of coding and decoding. This is the very action which gives blockchain networks the notorious trait of being impossible to hack, where the hacker would have to break into the entire network and its devices in order to access any single point. Now, from this description, we can to understanding more about the crypto collectibles known as NFTs.

What is an NFT

The term NFT is short for Non-Fungible Token. The key word there is ‘Fungible’, pertaining to items that can be exchanged with other items of equal value to them – take a $100 bill for example; it can be exchanged with five $20 bills or with two $50 bills. This does not apply to NTFs, they are simply unique and one of a kind.

The tokens are produced and circulated over pre-existing blockchain networks. They, therefore, take denominations in units of whatever currency is used by their respective blockchains. So they can be better described as digital assets, where their structure generally – some may be presented as digital art, others as rare or ‘special’ images and some as one of a kind documents. In technical terms, the very entity that we know as Bitcoin is essentially a digital asset over a blockchain network, just that is it then dedicated to financial operations – each block of code is unique to the next. The same principle applies to other coins like ETH.

Why NFTs are valuable?

In most cases, the token/image/document itself is not valuable, not at all. You may even find dozens more duplicates of that specific item, and even more ‘alternate versions’. Rather, what is valuable is the digital stamp or trademark attached to that item, which is the root of its originality. It serves as proof of the item’s authenticity, where it can be used to track the purchase record of the item over the blockchain ledger, allowing one to route the token back to the creator or the original uploader. This explanation can leave you asking yourself, ‘’So why then do the price tags differ, if the verification is constant?’’

Well, you must understand that NFTs come with somewhat of a social standing, much like the world’s collection of ‘precious art’ – there is a factor of being appealing to more users, where the more attractive the item is, the more money it will get from the initial bids. From this point, it will just be uphill, with mark up after mark up. To date, some NFTs are sold at an average $1 million per item.

What exactly do you get when you buy an NFT?

Well, there is a bit of a debacle in explaining this, where different people come up with their own explanations of what one purchases, sells or keeps hold of in an NFT. The truth of it is that these cryptocollectibles are simply presented to the ‘owner’ in the form of a digital image, or something of a similar format. The trait that makes NFTs so unique is the digital stamp that verifies their authenticity to other collectors. However, this does not mean you will not come across a ‘duplicate’ of any token; the truth of it is that you might, it just won’t be authentic. So does that then mean than you will be purchasing the authenticity stamp?

Some argue that you will be purchasing the object in its entirety. Now, this is true, but to an extent. This is because you can purchase a token and make it yours, but the copyrights will still be given to the original creator, up to a time when they decide to relinquish those rights altogether. Said, in this case, it would then seem like you will be purchasing mere property rights to an item……

Others put it in technical terms, arguing that you will be purchasing a block of code intertwined to make up a visible image or document. This is true, if we consider the digital make of the tokens. But then again, it wouldn’t make much sense describing someone as purchasing a block of read-only, stagnant data, for $900,000 at that…

That said, some give it a more in-depth meaning, describing it as a purchase of something with the value of feeling, where collectors, among other collectors will relate to the trade. From this, the best description of what you will get is not simple, but it is somewhat straightforward; property rights to a digital asset of intangible but comparable value….

How to make money with Non-Fungible Tokens

On paper, this process seems simple enough, but it does take a few steps, especially for those who are new to the crypto world altogether. The very first of these steps would be to actually purchase some crypto coins – this is a procedure in itself, where you may need to refer to a crypto guide for more specific assistance. That said, the basic steps to purchasing crypto would be to log onto a preferred crypto exchange platform first. This would be followed by funding your exchange account using your fiat mode of payment. After this, you can then commence with your purchase, where you enter your required amount, state the intended crypto and finalise the transaction. With this done, you can log on to an NFT marketplace, the likes of Rarible, KnownOrigin and OpenSea. These platforms run NFT auctions, where you can then place bids on any that catch your interest. If you win the auction, the token will become yours….

These platforms also run trades, where you can initiate your own auctions by a few simple steps. From these auctions, you can collect money from bids, making sure to pay the platform that facilitated that trade. Most people who aren’t collectors operate by purchasing the tokens, placing their mark up and re-auctioning the token.

Again, you can use these platforms to auction a new token altogether. They come with an upload feature, with which you can enter your ‘valued item’ and put it up for grabs. All this is very simple to do, as seen by the vast amount of token entries, with people trying to put value on just about anything.

The most popular NTF drops examples

As stated above, NFTs are typically sold at massively high prices. They come in many different ways, where some may simply be digital duplicates of real life events, peoples, buildings and so on. Others are produced graphically, the likes of the CryptoPunks NFTs. Long story short, there are virtually no limits to what people can pass as NFTs for trade, where the crypto community is quite enthusiastic about trading shares, songs, memes, pictures, title deeds and so on. That said, here are some of the most valuable NTFs recorded to have ever been purchased:

The pseudonymous creator of this digital work of goes simply by the name of Pak. The NFT art was auctioned and sold at $904,41K, where part of this is fame was said to have been a result of the enticing look at the anonymous creator. 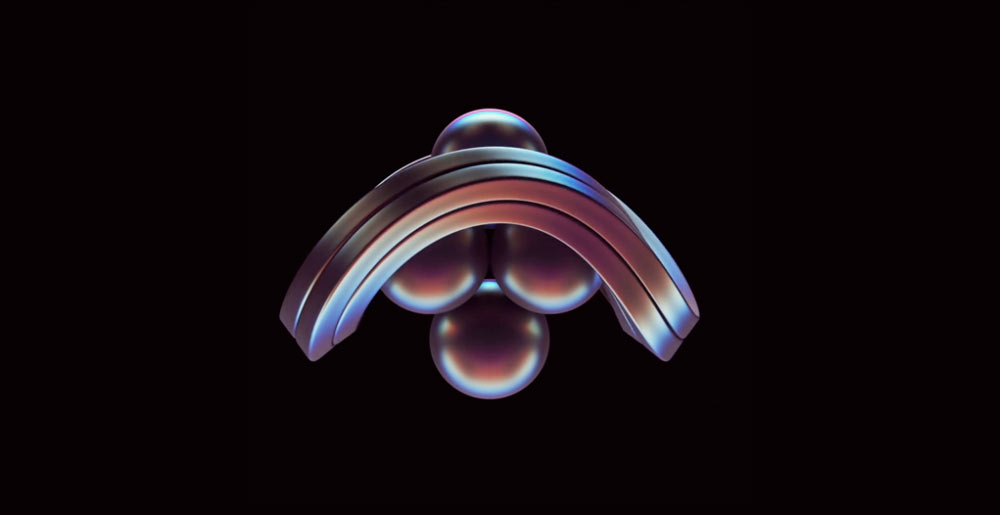 9 – Not Forgotten, But Gone

This is a 16 second video of a skeletal gummy bear, rotating about. The artist who created is  known as WhlsBe, and it went for a clean $1 million.

This token is on the ETH network, available to purchase by Ethereum Gas. It is the representation of  an Ape Punk, with a  blue bandana, and it sold for $1,25 million.

This is a  gaming token found in Axie Infinity. In the game, Genesis Land is  very hard to come by, but 9 Genesis  blocks were purchased at $1,5 million.

This is another Ape Punk, but with a brown Fedora. It sold at $1,54 million.

This is a tweet by founder and CEO of Twitter, Jack Dorsey. It was made in 2006, saying ‘’just setting up my twttr.’’ This tweet went for $2,9 million.

This was a political statement meant for both outcomes of the US elections. The video artwork was sold  for $6,6 million

This crypto art is an Alien Punk, wearing a cap and small shades, with a pipe. It was sold at a hefty $7,57 million

This came as an Alien Punk with a white and blue headband. It is quite rare, selling at $7,58 million.

Beeple just recently sold this collection of its first 5,000 artworks. The single artwork went for a whopping $69,3 million. 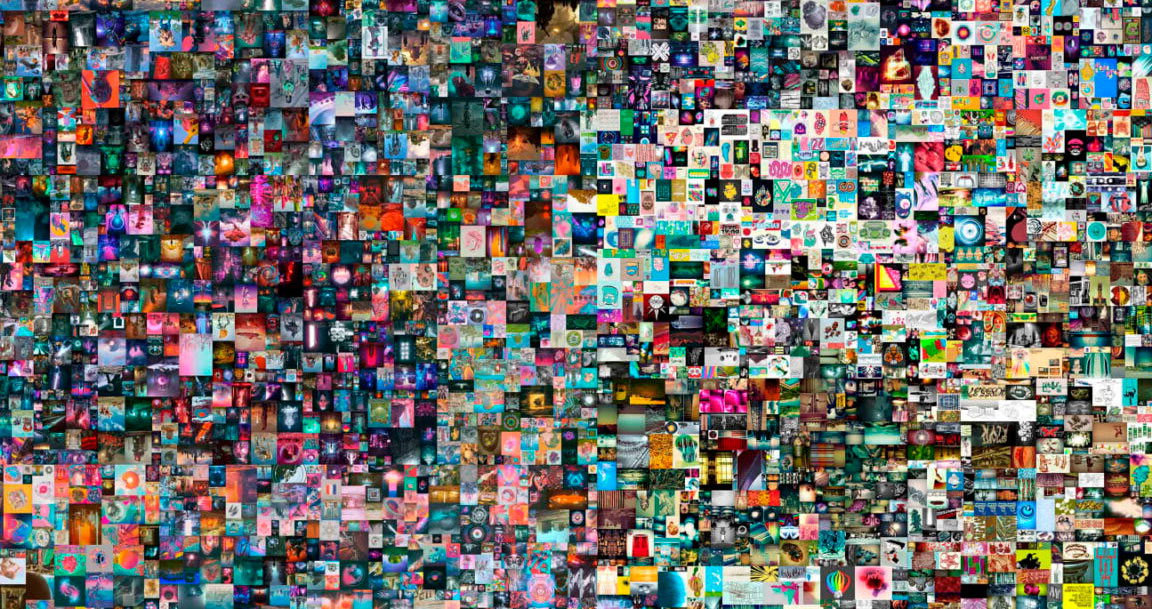 The future of NFTs

The future of cryptocollectibles seems bright, especially now at a time when crypto trade is fast becoming famous. However, new artworks are becoming less popular, simply because of the massive flooding in item uploading. The more famous NFTs are seen to be derivatives of historic events, people or simple compilations of items through time.

Collectible tokens contribute to much of the rising fame of cryptocurrencies. Most of them are seen to be created over the ETH blockchain, which is among the most reliable there are. So whether you are a crypto fanatic, or if you are looking for a secure and lucrative business venture, you can purchase NFTs at any moment of your liking. 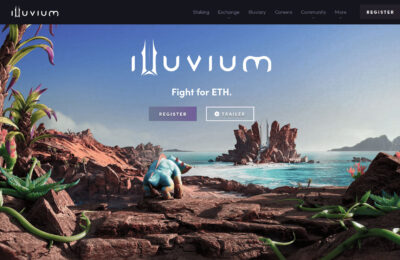 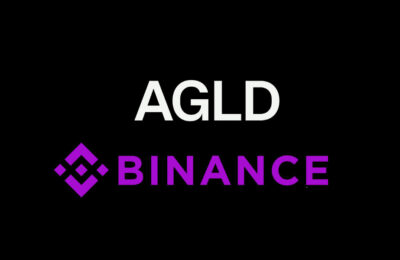 How to buy Adventure Gold (AGLD). Read this First [Binance]